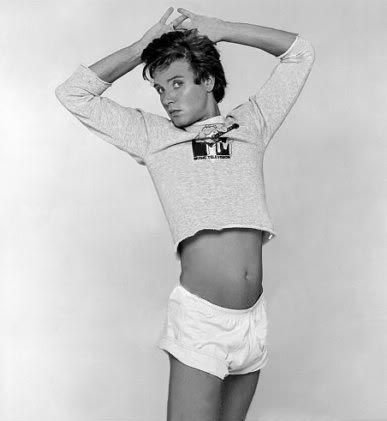 Early life: Simon grew up in London, sang in the church choir and was in a few TV commercials. (Simon was in a British Persil detergent tv commercial). He lived on a kibbutz in 1978 in the Negev desert.

Personal life; Simon is married to model Yasmin Le Bon, and they have three daughters. He is also a grandpa to Taro Arturo Compston and Skye Nouri Compston, children of Saffron.

Where does Simon Le Bon Live?

Home: Simon and Yasmin Le Bon own Elmwood, a 10-bedroom Victorian home in the Putney neighborhood of London. The home includes a separate cottage, built in 1988, where Simon’s mother lived. in 2014, six bedrooms were converted into three suites, and in 2021 the house was expanded by 33% so that the Le Bon daughters could live at home.

Side and Solo Work

Arcadia was formed by Simon Le Bon and Nick Rhodes in 1985 as a side project to Duran Duran while John Taylor and Andy Taylor formed The Power Station. Roger Taylor contributed to both projects.

Grey Lady Of The Sea for the Whitbread Round the World Race. Simon worked with Nick Wood to write the song and it was released by Sony Records and SYN productions in 1988.

Simple Joys. This 2009 EP by Beautiful Small Machines. The song was written by Bree Sharp and Don DiLego and was inspired by the film Blade Runner.

Follow In My Footsteps written by Simon Le Bon and Jonathan Elias for the Requiem For The Americas project: Jonathan Elias co-wrote this ballet with several rockstars including John Taylor and Simon LeBon of Duran Duran, Jon Anderson of YES, Grace Jones, Michael Bolton, John Waite.

Dreamboy: Written and sung by Simon Le Bon and was featured on the soundtrack for the Mario Van Peebles movie Love Kills.

Fire, a song by DJ Ferry Corsten was a remix of Duran Duran’s “Serious” and featured vocals by Simon Le Bon

Nobody Knows. Shinzou Sound  is a group of creative collaborators specializing in manga, music, web design, and popular culture. Simon became a member of Shinzou Sound in 2006 and contributed to the online manga project, ‘Synesthesia’, by co-writing the theme song ‘Nobody Knows’ along with Nick Wood.

WHOOOSH! with Katy Krassner. WHOOOSH! is a radio show where Simon and Katy discuss the songs that Simon chooses to play each week.

“That was the whole point in forming a band. Girls. Absolutely gorgeous girls.”

“Don’t run too much. You’ll fuck your knees up.”

“Music is a healing force. Music makes people feel they’re not alone in the world.”

“Music is not supposed to be nationalist. It is supposed to surpass language barriers. It is about generations communicating with each other.”

On Harry Styles: “he seems to be a decent chap. That makes me think he is handling it all very well.”

Did you know? Simon is a huge science fiction fan.

Drum was Simon’s 78-foot maxi-yacht that he co-owned with and Paul and Michael Berrow. (Paul and Michael Berrow were owners of The Rum Runner club in Birmingham, and sons of the club’s original founder where Duran Duran got their start. The Berrow brothers eventually became the band’s managers and record label owners.) As a trial run before the Whitbread race, Drum participated in the 1985 FastNet Race. During the race off the coast of England, the keel broke and the yacht capsized while Simon was napping down below. Simon and many other crew members were trapped under the hull for forty minutes, before being rescued by the Royal National Lifeboat Institution.

Croatia and the Dalmatian Coast, especially the Kornati National Park.

No. However, according to Nick, if you get the DVD “pause it, you can keep his head underwater for as long as you want.”

Before joining Duran Duran, Simon was in a many bands including Dog Days, Eddie and the Hotrods, Rob Ostrov, and an R&B band called Bolleaux.

Simon’s girlfriend, Fiona Kemp, (a barmaid at the Rum Runner) introduced him to Duran Duran in 1980.