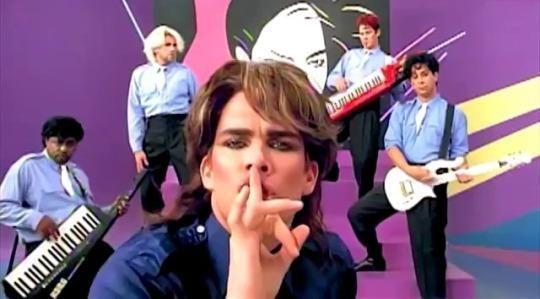 The vocalist of the band Sugar Ray has said how much Duran Duran influenced him musically. The singer was seen attending a Duran Duran concert in 2003, and he also made references to Duran Duran in the music video Where It’s Over  where the band are wearing very similar outfits Duran Duran wore in the video Is There Something I Should Know.