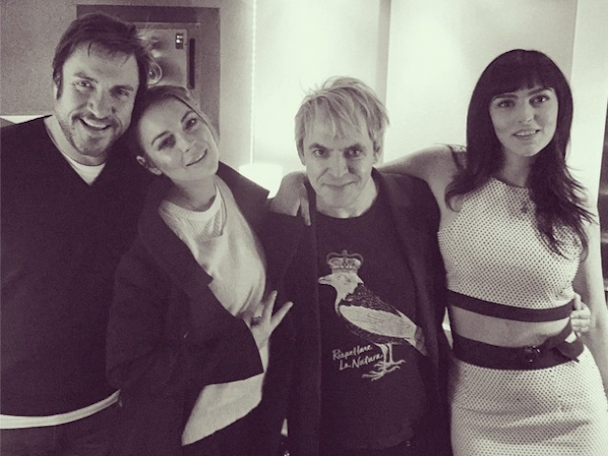 The singer and actress was fan of the band way before she got to work with them. Simon recalls meeting Lindsay in 2004 during the recording of a TV Show, where Lindsay told him that the night before she attended an 80’s party dressed as Simon himself. Lindsay has also been spotted attending Duran Duran concerts with his mother.